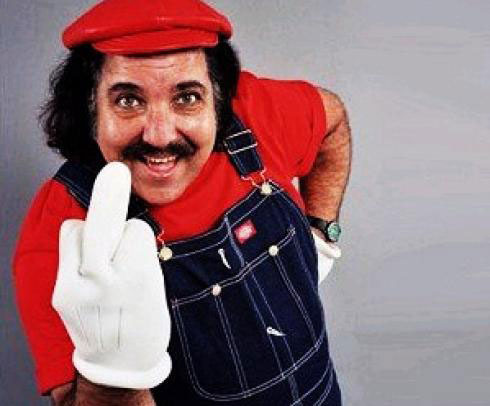 In yet another example of how I'm getting old, the game that spawned a generation of gamers is now old enough to… rent a car?

Sorry, that's the best I could do for a quarter-century, but it is still worth noting that the original Super Mario Bros. was the best selling video game of all time until last year, when it was surpassed by Wii Sports. Presumably, you don't have to blow into the Wii game to make it work. Or double-stack it. Or slide it in just far enough so the edge is still touching the outside, and then slowly press it down. Nor do you need a genie. Oh wait, that was Sega.

So let's raise a glass to the greatest video game ever created by man. Mario, you stereotypical Italian bastard, I will always remember the time you made me throw my bowl of cereal across the room because I repeatedly died while fighting the dragon on level 8:4. Don't worry, I told my mom I accidentally spilled it.

Some fun Super Mario facts [via]:

• His
first appearance was actually in 1981 in the arcade version of Donkey
Kong, where he was known as “Jumpman.” He wouldn’t get his official name
until the following year’s Donkey Kong Jr., also the only game where he
plays the bad guy.

• Not only is Mario the best-selling video
game character of all time, he’s also its most prolific: according to
Guinness World Records’ 2008 edition, he’s appeared in 116 separate
games.

• Nintendo released a follow-up to Super
Mario Bros. in Japan in 1986, but deemed it too difficult for Western
audiences. It wouldn’t hit U.S. shores as a standalone title until 2007,
as a Wii Virtual Console title dubbed “Super Mario Bros.: The Lost
Levels.”